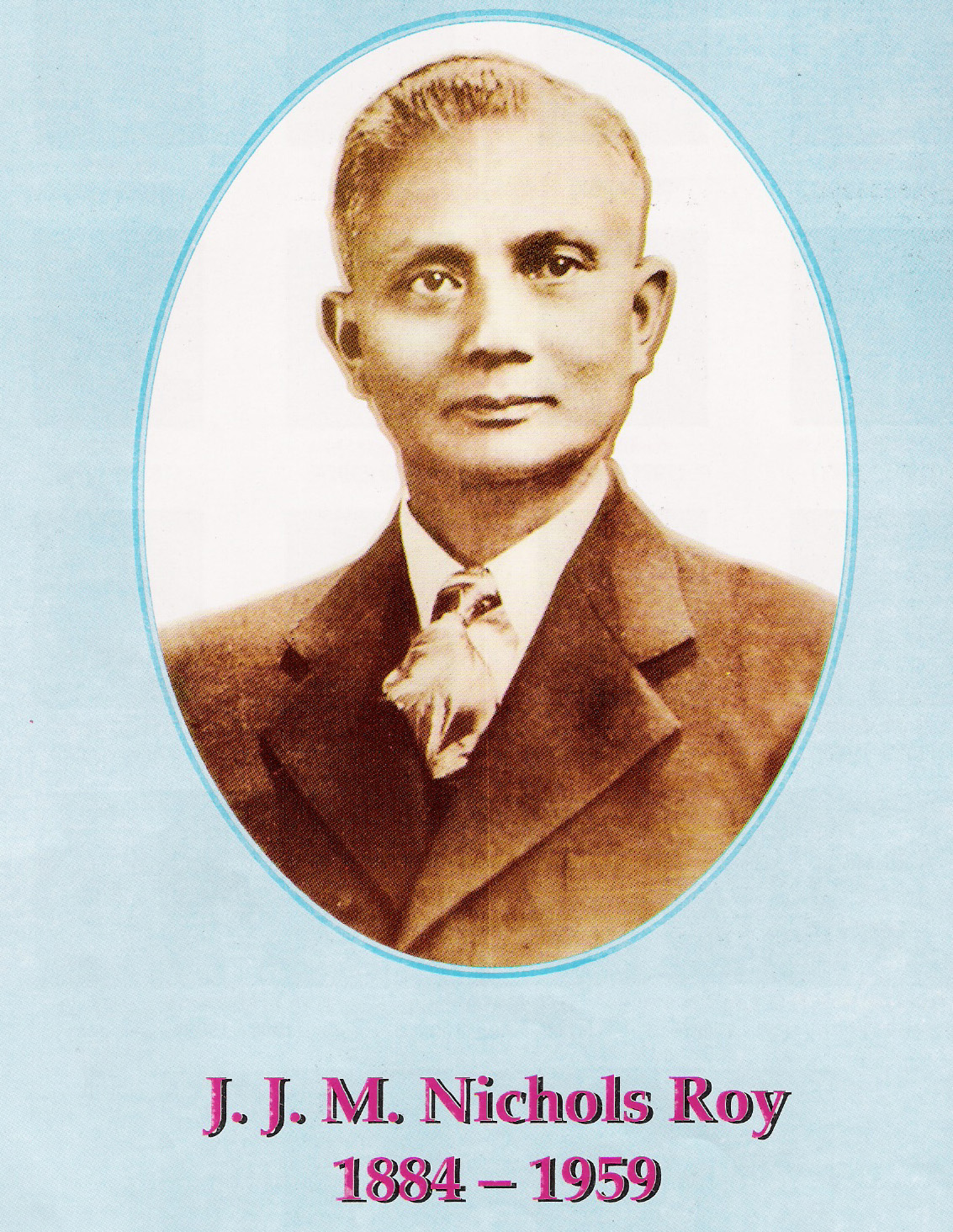 Rev. James Joy Mohan Nichols Roy was the grandnephew of U Tirot Singh of Nongkhlaw Syiemship. He was born at Mawsyiarwait, Shella confederacy on the 12th of June 1884 in a struggling family. His father U Khan Than Roy who hail from Khapmaw in the then Shillong State was a manual daily worker. Both Rev. Nichols Roy’s parents were strangers in brahminical influence Shella society, but had moved there for economic reasons in order to make a living. He studied at Lba High School but was disrupted following a devastating earthquake in 1887.though the great tremor had not bought any significant damage of U Khan Than Roy’s house and his belongings nevertheless together with those who survive in the incidence, decided to shift to a safer place at Jasir. Later Rev. Nichols Roy completed his entrance examination from what is known as the Shillong government High School in 1889. the he went to Kolkatta for higher studies and successfully accomplished his B.A. degree in 1904.

As the essay on Rev. Nichols Roy as a statesman we will try to concentrate on cultural consequences following his political involvement. In once upon a time period the Khasi – Pnars were under a single divine political enclosure of the sixteen huts (Ki Khad Hynriew Trep). Though there were no evidence to identify their place and location there were nevertheless enough account in the oral tradition of the community it was told that the seven huts below sought for the independence from the nine huts above and subsequently led to the removal of the golden ladder and severed all physical contacts. The place where this golden ladder was removed is identified as U Lum Sohpet Bneng (A Naval Heavenly Hill).

Though the seven huts below has discontinued with the nine huts above they were nevertheless believed to have been one people under one political authority. However by the time the East India Company entered into the Khasi Jaiñtia area in the early part of the 19th century, they found that the people and areas had been disunited and fragmented into many as 29 independent states. Each state has its own chief, council of ministers, durbar and territorial boundary. They maintained their own independence and integrity. While each political system was so advanced like most modern form of democracy, it nevertheless lack a common federal system that could have brought them together to a common sense oneness. Added to it was the growing rise of numerous unintelligible dialect, uncommon religious system and even difference in several social elements, like, dresses, food, habits and manners.

Once the British power thought its proper and necessary to annex the hill area, it applied its forward policy and brought all petty independent states under a a single administration and within the larger Bengal presidency. Following the creation of the Assam province, all hill areas were integrated with it. Here one must realize that it was the British rulers that annexed the Khasi-Jaiñtia areas with the larger Indian union through Assam and the Khasi chiefs had not registered any protest. Another thing was that the Khasi states were not united in their attitude towards the colonial powers. Whereas some joined together in the war against the British, other sided with David Scott and a few remain neutral. It happened with u Kiang Nangbah of Jaiñtia hills too. Therefore disunity had strengthened colonial powers both in the war and in administration.

Now, as the hill areas were sandwiched between the exclusive political move of the Federation of the Khasi States and the British separate plan, Rev. Nichols Roy fought against both with great intensity and carried forward with his integrated autonomous council plan. The Sixth Schedule plan was to thwart both plans as irrelevant and to impose a new solidified proposal. Therefore, the political statesmanship of Rev. Nichols Roy should have been acknowledged from the perspective of his contribution to the political solidarity of the Khasi Jaiñtia community and might well be understood from the following observations:

Firstly, solidification of the Khasi Jaiñtia or U Hynñiewtrep Community: Rev. Nichols Roy’s vision of the Hynñiewtrep's common origin became evident also in the introduction of the Sixth Schedule to the Constitution of India. Given the basic concept of the unity of the people, the introduction of the Sixth Schedule was based on the principle of fraternity and equality. It was hence designed to bring both States and non-states together at par under the same constitutional framework.

Secondly, Modification of the Traditional Democratic System: The traditional political system among the Khasis was one of the best democratic systems of administration. Its integrating channels from the level of a clan durbar, village, raid and up to the state durbar witnessed the participating involvement of the people. However, in the observation of Rev. Nichols Roy, the traditional system was lacking because of three factors. One, the hereditary royal succession to the throne does not represent a full democratic involvement as the post of chief is reserved to a single-family clan. So also with those who form the council of ministers, known as Bakhraw. However, Rev. Nichols Roy did not want to abolish this system. He sought to preserve them as they are but should be brought together to a unified legislative body. He was aware that the democratic system in the independent India would terminate all princely states and that Indian chiefs who had signed the Instrument of Accession would have in due course be staved off and transferred the power to the people. But for the intervention of the sixth Schedule, all the Khasi chiefs too would have faced the same fate like those in the rest of the country. While seeking to preserve the traditional political system, Rev. Nichols Roy introduced a conciliar autonomous council that paved the way fore the general public to contest the election and would become rulers of the people. In this respect, there is no longer a policy of reservation through a royal dynastic lineage or founding clans in the case of the Bakhraws hereditary but it is now open to the people either to contest the election or to make decision.

Two, the traditional political system has completely set aside women’s participation: No doubt it is the particular mother of a ruling clan that determines the legitimate ascension of a man to the royal throne but women are out of any full participation in the traditional legislative, judicial, executive or administrative affairs. Rev. Nichols Roy did not intend to abolish the traditional system completely but sought to democratize it y opening up ways for political freedom, equality and eligibility of women too in addition to the general public at the behest of people’s election or decision.

Three, an introduction of a comprehensive political structure: Rev. Nichols Roy realized that the community required a solidified common legislative body in order to withstand the assimilating process from the continuous influx and intrusion of people from the majority communities. The new proposal had the objective of unity and it did contribute to the creation of a distinctive Khasi Jaiñtia political identity and solidarity.

His overall contribution to this unified effort, however, was through the introduction of the conciliar autonomous body and it had a threefold objective, viz. to integrate the Khasi Jaiñtia or the Hynñiewtrep people and areas together into one; to preserve the traditional political institutions and procedures; and to create a supra legislative, judicial and administrative set up common to the solidified people. However, history is proof that any imposed solidified procedure on the once fragmented independent political identities produced more heat than light.

“Yours is a land for gods to live in. its air, its natural scenery, its pure atmosphere, its sweet waters would attract even the gods, if your hearts were pure.”